New England Back in the Deep Freeze 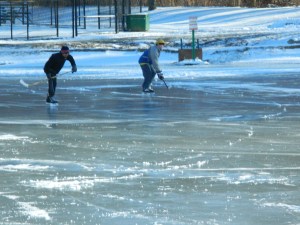 Polar vortex has become part of everyday vocabulary across the United States and its effects have put New England and other regions back in the deep freeze. Following a brief reprieve from previous frigid blasts, in recent days temperatures here in Connecticut have been hovering in the low double to single digits with predictions of sub-zero readings to come – and COLD temperatures will stay- into the foreseeable future. Three waves of Artic air are headed for New England, according to accuweather.com.

“Into the first part of next week the polar vortex will hover just north of the United States border causing waves of frigid air to blast into the Midwest and much of the East,” reports accuweather.com. 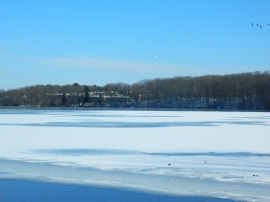 A meteorological term, polar vortex is described by accuweather as intense storms with frigid air and strong winds that spend most of their time above the Artic Circle, occasionally moving down to lower latitudes – such as is presently the case. The bitter cold can produce “life-threatening conditions” like hypothermia, as well as, the potential of frostbite.

Medical experts say hypothermia can occur when the body temperature drops below 95 degrees fahrenheit. Symptoms include excessive shivering, slowed breathing, clumsiness, stumbling and confusion – if hypothermia is suspected emergency assistance should be immediately sought. Frostbite which can result from skin being exposed to extreme cold can happen within minutes, and too, can require medical attention. Folks are being advised to bundle up – dressing appropriately for the weather is said to be critical.

Officials in area communities are trying to locate homeless people and get them to shelters. In addition, local warming centers have been opened for the general population. As residences and businesses need to crank up their thermostats, speculation is that energy costs will soar. Due to the winds sporadic power outages are expected.

The South has also been feeling the effects of the polar vortex. 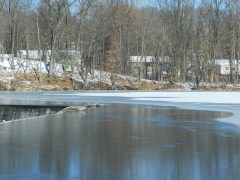 Alberta Clipper storms coming from the western Canadian provinces are expected to bring more snow to Connecticut on Monday, January 27.