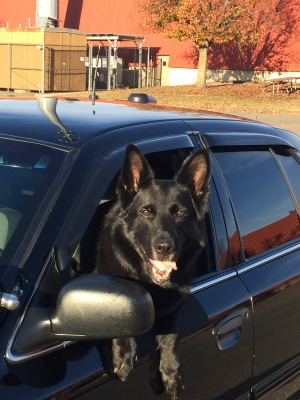 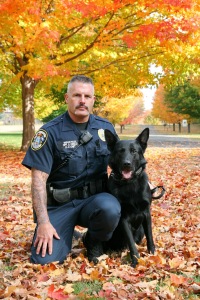 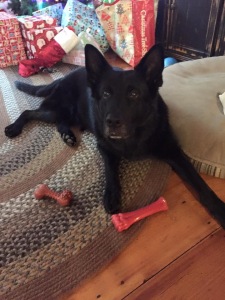 Doing what is right matters to Officer Steven Vesco.

After eight years of patrolling Windsor, Connecticut with K-9 Iko at his side, on February 14 Vesco faced a moral and personal dilemma. Iko was slated to retire on February 16 but two days before, while still on the job, the canine manifested a serious injury, a herniated disc resulting in paralysis of his rear quarter.

Medication to try and relieve compression of Iko’s spinal cord did not work. Iko was brought to Middletown for a MRI which showed surgery was necessary. Soon Vesco learned the medical care for Iko could amount to thousands of dollars.

“We, the doctor and I, discussed euthanasia. But Iko is only 9-years-old. It would have broken my heart,” said Vesco, “The surgeon said Iko’s prognosis was good and I believe he deserves a peaceful retirement.”

According to Vesco, due to budgetary concerns the Windsor Police Department can only put $1,000 towards the cost of Iko’s care. When news got out about that, some residents were not pleased given how much they say the dog has done for the town and the immeasurable sense of added security police K-9s can bring to a community. In addition to the cost of the MRI and surgery, Iko will need rehabilitation, medicine, and Vesco will need to build a ramp at the family home.

For Debbie Samson of the non -profit, “Friends of Windsor Animal Care and Control”, the situation with Iko goes beyond caring about animals. It is a matter of right and wrong, she said.

“This isn’t Steve’s ‘pet’. He has pets at home. Iko is a police K-9 that has put his life on the line for the community for 8 years,” said Samson.

As well, she said stepping up to help is about showing respect and appreciation for one of Windsor’s finest officers; showing support for someone who has given so much of himself to the Windsor community as a K-9 handler, and who generously shares his knowledge of dog training.

“Steve is a phenomenal police officer and has a talent for training dogs like I’ve never seen,” noted Samson, during an interview February 20.

According to Vesco, during Iko’s 8 years of service he has assisted in arrests and drug seizures. In addition, Iko has been part of skills demonstrations for the community such as demonstrations popular at the Annual Northwest Park Country Fair. This is not the first time Vesco and a K-9 partner have “honorably” served the Windsor community together. K-9 Jagger who has since passed away, came first.

The circumstances with Iko left Vesco torn between doing what he feels is right – saving Iko, the special relationship between a police K-9 and its handler, and Vesco’s devotion to the WPD K-9 unit. Upon retirement, technically Iko became Vesco’s pet. Despite no longer officially being part of the K-9 unit effective with the retirement of Iko, Vesco was concerned that an uproar from the community for the department to fully pay Iko’s medical bills could adversely impact the K-9 unit, a unit re-established thanks to Vesco some 20 years ago.

Once a two K-9 unit now headed by Sgt. John Simon, Vesco noted the hope is to maintain three K-9 teams for the WPD and the cost of training must also be budgeted by the department. After two K-9 partners, Vesco said he does not plan to sign on for a third, but knows the department budget will need also to pay to purchase a canine for that third team.

Three years ago while in their cruiser, said Vesco, he and Iko were hit by a drunk driver – an incident which Vesco said compounded the wear and tear on Iko as a working police dog. Vesco is quick to say he understands it is not that the WPD does not want to contribute more than the $1,000, but that the department faces tough budgetary contraints.

Chief Donald Melanson could not be reached by publication time.

Enter Vesco’s colleague Wayne Cabral, a paramedic, and his wife Kimberly Cabral, a critical care nurse. They spearheaded a gofundme effort. Wayne Cabral said he knows Vesco and Iko, and their good work. Within 24 hours the donations started coming in.

“I wanted to help,” Cabral added, “The outpouring of support for Iko and Steve has been amazing.”

When Simsbury Animal Control Officer Mark Rudewicz heard about Iko, he too wanted to help. Rudewicz has organized a fundraiser for Iko slated to be held at Jim’s Pizza in Windsor this Friday night.

“It pulls at your heart strings,” Rudewicz said by phone Friday, “Though I live in another town and work in Simsbury, I have longstanding ties to the Windsor community.”

Rudewicz’s parents, who passed away separately about a year and a half ago, lived in Windsor. Due to their ailing health the WPD was called to assist each at different times, and Rudewicz said the responding officers showed the utmost professionalism and compassion.

“I have nothing but respect for the men and women of the Windsor Police Department,” said Rudewicz.

Having previously headed the Hartford Police Department K-9 unit, Rudewicz is aware of the extraordinary camaraderie between a police K-9 and its handler. Like Vesco, Rudewicz served in the United States Marines. He also has such tremendous appreciation for the service provided by military working dogs and their handlers, that for several years Rudewicz has been organizing and collecting donations for the Heroes & Hounds project.

The response from what Vesco describes as his “knight in shining armor” colleagues, from residents appreciative of Vesco’s years of service with Iko and Jag, and from those who have been donating, he said is both a humbling and emotional experience. He plans to set up an account at Webster Bank in Windsor for the donations.

“I stopped in at Dom’s Eatery and one of the waitresses, Darlene, came over with an envelope with $100. I said ‘no’ but she wanted me to take it,” Vesco said.