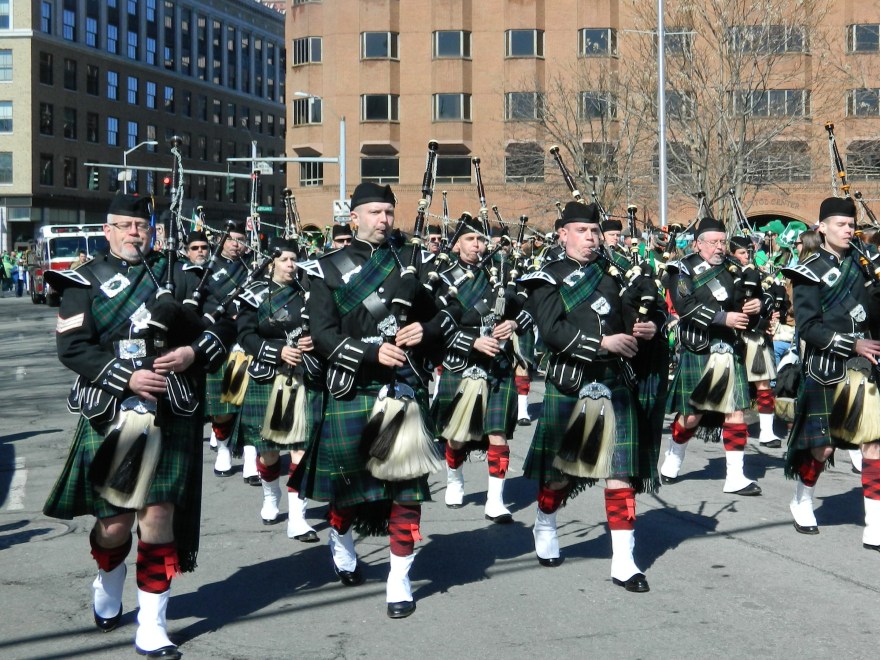 Write-Up & Photos by:Jacqueline Bennett newsandviewsjb
The 43rd annual St. Patrick’s Day Parade will step off at Capitol Avenue in Hartford,Connecticut at 11 a.m. on Saturday, March 15. It will make its way through the downtown ending near the Memorial Arch at Bushnell Park. This year’s Grand Marshal, Beverly Concannon, will be presented with her walking cane at the Parade Mass Friday, March 14 at the Cathedral of St. Joseph, 140 Farmington Avenue. The archbishop of Hartford will preside over the mass. 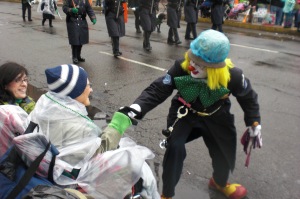 My mom looked forward to Hartford’s annual St. Patrick’s Day Parade and during the 2010 parade received some special attention!

A day for fun.

Crowds turned out for the 2013 St. Paddy’s Parade.

FOXCT WTIC-TV will broadcast the parade live, according to the Irish American Home Society website. And, on St. Patrick’s Day the parade will be rebroadcast at noon on WCCT-TV.

Held rain or shine, this free event is historically one of Hartford’s biggest attractions drawing thousands of spectators for a day of carefree enjoyment.