Posts from the “Multimedia Exhibits” Category 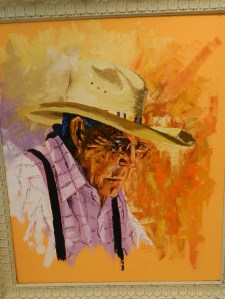 A second visit to Vernon Community Arts Center made the point that talent is all around us. My first stop here was earlier this year, a photography show on a cold, snowy day in January.

Underway now, the Third Annual Juried Multimedia Exhibit  is a small exhibit showcasing area talent. It opened May 4 and continues to May 31 in Vernon, Connecticut. Admission is free but a donation of $5 is appreciated.

In her  jurors’ statement Shauna Shane said her criterion in selecting winners was  “first, good design, and second, an effective conceptor idea that results in engagement and emotional impact.” As well, Shane looks for work expressing excellent technical skill and a fresh approach. Juror Laurie Sloan stated she selected winners based on entries she found to be “especially compelling, inventive and original” with “exceptional strengths in content, form and technique.” 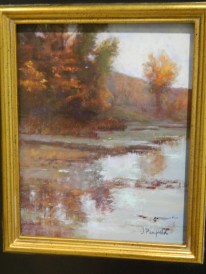 That said, a pastel by Jane Penfield titled “Bolton Pond” was awarded Best in Show out of approximately 80 entries. First Place went to an acrylic “Jack-in’the-Pulpit” by Neil Connell, second place to Sharon Chaples for another acrylic “Valley Falls Barn”, third place to Joyce Hausmann for her watercolor “Orchard in Winter”. There were three honorable mentions, “Orange Boat Box” – polymer by Helen Malchow, “Canyon Pot”, terracotta by Susan Gerr and “Phantasia, watercolor by Joyce Benson. 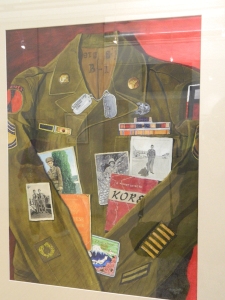 Memories of Japan & Korea – A Tribute to My Dad. 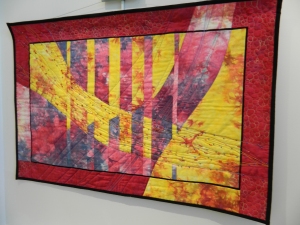 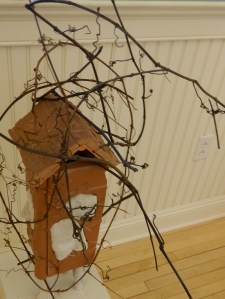 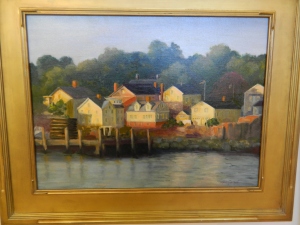 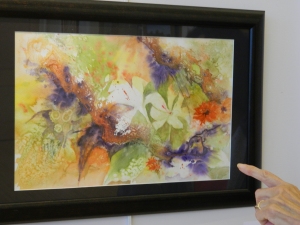 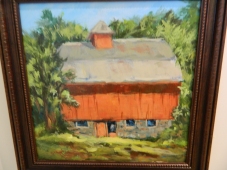 However, a number of other entries were quite eye-catching as well  – for example, Navajo Missionary an oil by Bernard Duffy, Glory of the Morning, colored pencil by Diane Caswell Christian, Sparkling Day at Cob Hill oil by Layne, Sun Setting on Stonington – oil NFS by Mary Leonard (really captured the extraordinary beauty of the quaint, lovely village of Stonington) and Memories of Japan & Korea – Tribute to My Dad, mixed media NFS by Jeff Blazejousky.

Glory of the Morning

For anyone such as myself who has ever tried his or her hand at sketching, or other forms of artistic expression, surely there has to be an appreciation for the thought, time and personal passion that is reflected in each entry.

The history of the building where the Vernon Community Center is now located is interesting unto itself. The building originally constructed on this site in 1927, was a school for an orphanage that stood where the police station is presently on Route 30 – called County Home School, according to VCAC. The orphanage was demolished following World War II  and between 1950 to the early 1970s the building was used as a town kindergarden. A grassroots effort resulted in the town of Vernon receiving a grant in July 2010 to renovate the building as an “historic site” and thus the Vernon Community Arts Center was born. 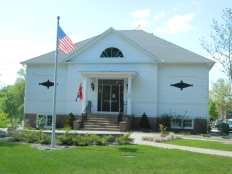