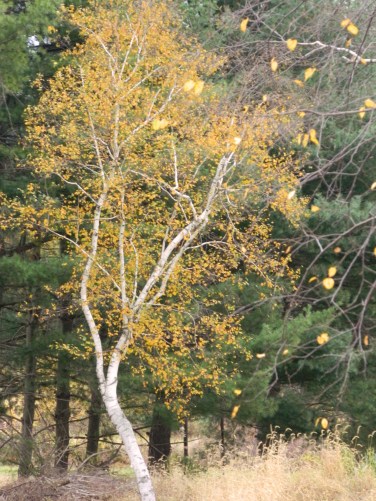 “Goddess of the Woods” ~ the perfect sobriquet for white birch trees. Considered to be enchanted, symbolic of hope, new beginnings and the promise of what’s to come. My love of white birch trees runs deep. Simply looking at a white birch is uplifting for me. They touch the soul.

Said in mythology and folklore to be enchanted, The “Magic of Birch” describes white birches (known too as silver birches) as carrying ancient wisdom yet appearing forever young. Written about extensively, they have been a muse for many a great poet and philosopher such as Robert Frost and Henry David Thoreau.

In my family we hold treasured memories of the Bennett Farm in New Hampshire. Some years ago it was sold to a new owner but I learned from my cousin that when the farm was purchased by the Bennett’s in 1943, my Great-Aunt Rena dubbed it “Birch Acres” because of a thick of stunning, white birch trees that stood at the corner of a field on the approach from town.

I feel so fortunate to have these beautiful birch trees ~ seen in my photos here ~ close to home. Enchanting in any season, they are one of my favorite photo subjects ~ marvels of the majesty of nature. In the Battle of the Trees, writer Robert Graves speaks of the nobility of the white birch describing it as being “of high estate.”

Powers of white birches are thought to be vast, both mystical and practical: purification, guardian of new beginnings, bringer of hope, channeler of emotion, protection. Sweet sap of the white birch is said to have medicinal powers ~ curative and preventive ~ such as soothing irritated skin, used in birch tea to avoid kidney stones, and easing arthritis & overall muscle pain. Tapped sap is used as well, to make birch wine. Cut straight from the easy to peel bark ~ “neat & cold “, it is touted to be like drinking water.

Folklore suggests bundles of birch twigs can chase away spirits of the old. In fact, bundles of birch twigs are reportedly used commonly in gardens today as a “purifier”. Known too as “pioneer trees”, white birches are good for planting to rejuvenate woodlands after destructive disasters. They grow in all North European countries and in North America.

Beithe, the Celtic Birch, is the first tree of the Ogham which is the Celtic alphabet. As treesforlife.org. tells us, birches are “celebrated” during the Celtic festival of Samhain. This year Samhain runs from dawn on October 31 through sunset of November 1 ~ an event which evolved to be Halloween in Britain.