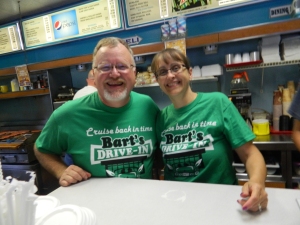 “Mums” the word Saturday, September 16 from 9 a.m. – 4 p.m at Windsor, Connecticut’s iconic Bart’s Drive-In Restaurant on 55 Palisado Avenue (a.k.a. BartsBeanery.) For those who have yet to stop by Bart’s or those such as myself who stop by often, tomorrow may be the perfect chance to enjoy a chili dog from the Magic Grill while at the same time helping the Windsor Pet Food Pantry.

It took the tragedy of Hurricane Katrina in 2005 to raise awareness about the powerful bond between people and their pets. As the country currently deals with Hurricanes Harvey and Irma – once again the importance of pets is being seen.

Of course, pets need food. The Friends of Windsor Animal Care & Control http://www.fowacc.org is hosting two fundraisers to benefit the Windsor Pet Pantry. At Bart’s ~ who knows ~ you might bump into Windsor’s first couple ~ owner and Windsor Mayor Don Trinks, and his wife Barbara. 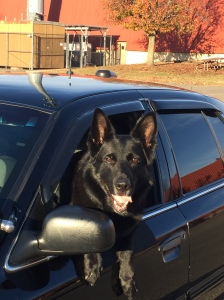 Throughout September, at the popular Jim’s Pizza on Poquonock Avenue, the Nikolis Family will be holding a drive to benefit the Windsor Pet Food Pantry.

Sandwiched between the fundraisers will be the Grand Opening of Windsor’s new dog pound. Resident Ed Cutler is slated to donate a hand refurbished bench in memory of the town’s heroic police K-9s who served Windsor courageouly and have passed away. Check out the tweet below to read more about Mr. Cutler, in a synopsis provided by the Friends of Windsor Animal Care & Control. The dog pound’s tentative opening date is October 7 with a raindate of Oct. 8, but check the town website for confirmation. http://www.townofwindsorct.com

A bit later in the month on Saturday October 21 from 9 a.m. – 2 p.m stop by Dom’s Broad Street Eatery, another of Windsor’s fine, family-owned and operated dining establishments. Proceeds from breakfast and lunch will also benefit the Windsor Pet Food Pantry. There will be a raffle table from 9 a.m – 1 p.m.