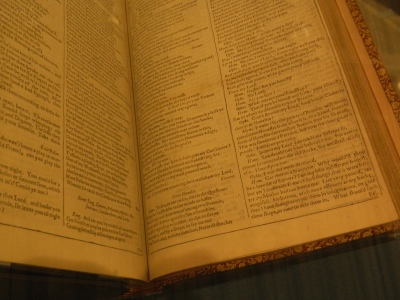 An extraordinary opportunity awaits at the William Benton Museum on the University of Connecticut’s Storrs campus. Through September 25, visitors can view a first collected edition, published in 1623, of plays by William Shakespeare in the exhibit, “First Folio! The Book That Gave Us Shakespeare”.  Admission is free.

In recognition of the 400th anniversary of Shakespeare’s death, the Folger Shakespeare Library in Washington D.C. has sent “First Folio” on a national tour making a stop at one site in each state. UConn was the distinguished selection for the Connecticut stop.

“Of the 233 copies known today, 82 belong to the Folger,” states a synopsis of the event. 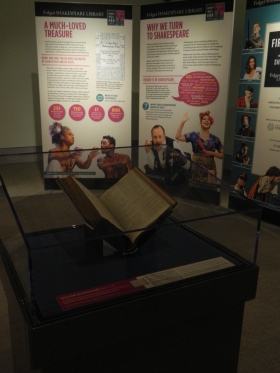 FIRST FOLIO on display at the Benton Museum. 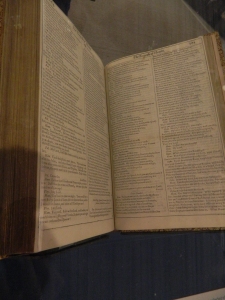 Without First Folio, the works of Shakespeare it is feared may have been lost. Thus this volume is considered “one of the most famous books in history.”

As was noted, phrases not only still common but as well still relevant in the English language today were penned by Shakespeare. Known as “the Bard” Shakespeare is arguably the world’s most famous playwright, and likely the most quoted.

At ‘The Benton’, Shakespeare lovers will undoubtedly be fascinated to see First Folio opened to a page displaying one of Shakespeare’s most famous quotes from “Hamlet” – ‘to be or not to be’. It can be seen on the right side of the book and is the opening line for the first paragraph on the left column. 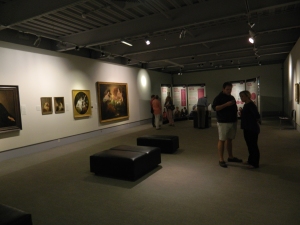 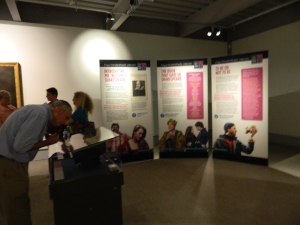 In an adjacent room of ‘The Benton’ the exhibit continues with the theme the “Culture of Shakespeare”. There costumes that

exemplify clothing typical of Shakespearean times can be viewed. 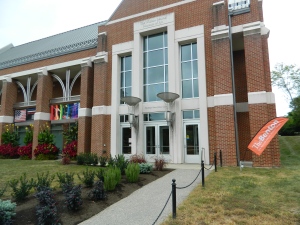 For more information go to  shakespeare.uconn.edu

In connection with the visit of First Folio to UConn,  the university planned a number of programs and activities. Among the participants was the university’s renown puppetry program. As part of a festival celebrating the town of Mansfield, on Sunday September 18 Shakespearean puppets created for the First Folio event were being shown outside the Ballard Institute & Museum of Puppetry in Storrs Center. 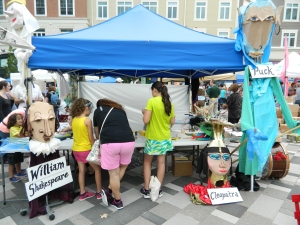 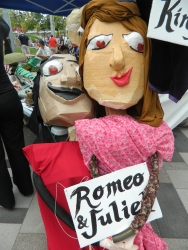 Romeo, Romeo, where for art thou Romeo? 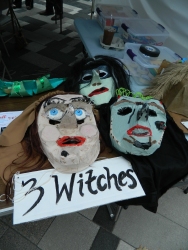 “When shall we three meet again?”