Seattle Seahawks To Stand for Unity 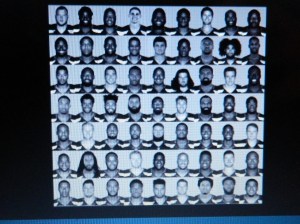 Seattle Seahawks plan to stand in unity, arms locked, during the playing of the national anthem at today’s game.

When I was growing up my mother used to tell of how her father, my grandfather, would stand for the national anthem no matter where he was – even if he was in the house and it came over the radio. Mom loved to be on the go, so in the days of her waning health we tried to bring her as many places as possible. Among the last events we brought Mom to before she passed, was one of her beloved University of Connecticut football games. As is the custom, the national anthem was played prior to the start of the game – and Mom being Mom – she insisted on standing up from her wheelchair to honor America.

Pride in our national anthem runs deep in my family, as it does in most American families throughout the nation. When the anthem comes under fire it may sting – but fear not. Our country, our flag, our national anthem has withstood many a protest; as well as those who have tried to bring the U.S. down.

For every one person who sits or kneels, as a few National Football League players have done recently to protest what they say is racial injustice (including one Seahawks player), there will be a hundred more who stand in unity to solve our problems together. And on today of all days, the 9/11 anniversary of the terrorists attacks against America, standing together could not be more important.

Today during the Seattle Seahawks game the team is expected to stand together with arms locked during the playing of the “The Star Spangled Banner.”

Seahawks player Doug Baldwin who released the unity video for the team stated, ” We honor those who have fought for the freedom we cherish, and we stand to ensure the riches of freedom and security of justice for all people”. He added, “Progress can and will be made only if we stand together.”

Divided we fall – united we stand.