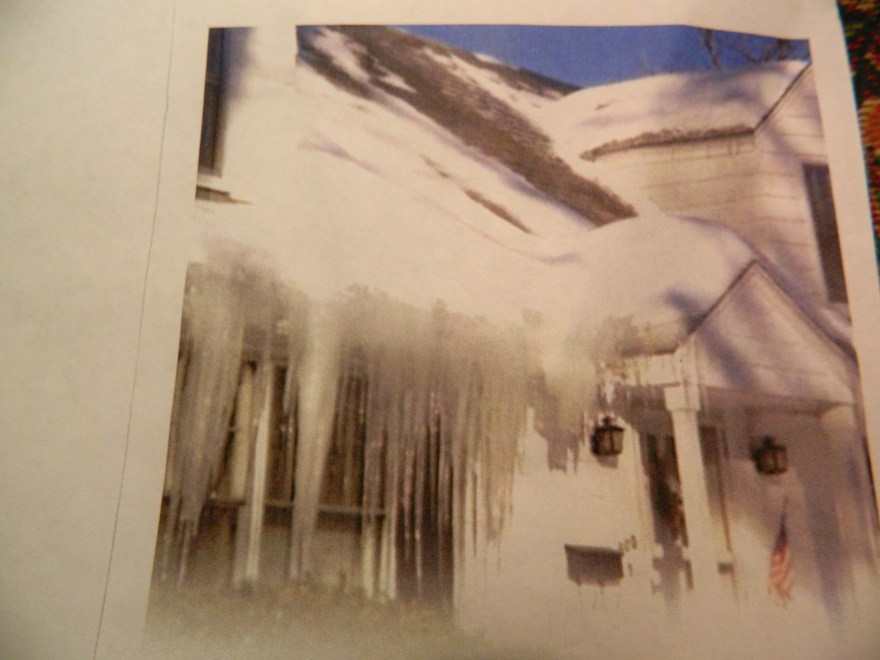 John Jr. & Jane’s home – where we gathered for New Year’s Eve Open Houses over the years. A friend snapped this photo.

For many years, my brother John Jr. and sister-in-law Jane hosted an open house on New Year’s Eve. It started around 8 p.m. and people could stop in at whatever time they pleased, mingle for awhile and leave, or stay for the countdown to midnight.

In that it was New England and winter, it was not unusual for snow to be on the ground with temperatures of 32 degrees or below. Guests would scurry from their cars to the side door of the house where stood either my brother or sister-in-law to greet each arrival into the warmth of their home.

By 10:00 p.m., the driveway was filled with parked vehicles. On those snowy nights, occasionally John or one of his and Jane’s two sons (my nephews) would go outside to make certain the steps remained clear of freshly fallen flakes.

It was always an easy-going, fun party with a choice of holiday cheer, soft drinks, hot chocolate and coffee. As well, there was an arrray of tasty appetizers, dishes, sandwiches and sweets made by my sister-in-law. The early part of the evening was also a celebration of their daughter (my niece) Jillian’s birthday.

This was a nice gathering to either attend stag, or bring along a new boyfriend or girlfriend to introduce to everyone. Of course, wherever Bennetts gather, even on New Year’s Eve, the conversation inevitably turns to politics and current events – so it was up to the ‘newbies’ to just jump in and join the fray! 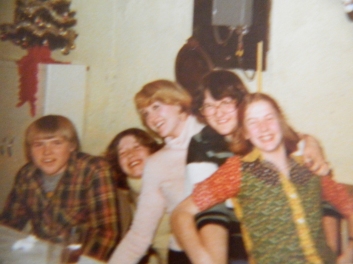 Johnny, Deb, Jackie (me), Maureen and Jillian at one of the many New Year’s Eve Open Houses hosted by my brother John Jr. and sister-in-law Jane.

UConn sports was another favorite topic – we were all fans. Still are.

Usually the group started out in the living room which was dimly lit, where the Christmas Tree was decorated with sparkling lights and where John had built a fire in the fireplace. Music played softly in the background – Christmas songs and old time Rock & Roll, or a combination of the two such as Elvis Presley’s “Blue Christmas” or “Rockin’ Around the Christmas Tree”.

As the evening went on, the parties branched out into the dining room, the kitchen and the adjacent hallway. There was lots of laughter. Eventually, the younger set – myself making that cut – made our way downstairs to the recreation room.

What was especially enjoyable about John & Jane’s New Year’s Eve open houses was that they were a mixture of family and friends, and without question – everyone was welcomed!

Fondly remembered, with the marching on of time, my brother and sister-in-law’s open houses have become a thing of the past. For many years, however, they were an enduring tradition – much like John and Jane’s enduring love for each other.