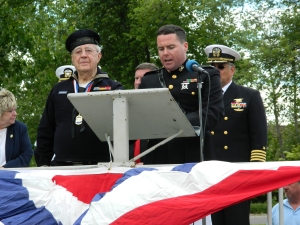 That message was delivered by 58th House District Representative David Alexander (D-Enfield), a captain in the Marine Corps reserves, to the crowd gathered May 26 on the town green in Enfield, Connecticut for the Memorial Day ceremony which followed a parade. Alexander, who completed four years of active duty in the Pacific and California, said he did not do anything extraordinary during that time. However, he said his fellow service members most certainly have, making sacrifices to serve the nation in the wars in Iraq and Afghanistan just as other Americans had sacrificed since 1775, the time of the American Revolution. 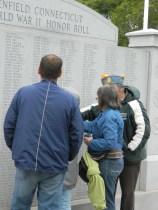 Alexander asked that the country keep that in mind as the war in Afghanistan is being drawn down and veterans return home. He noted 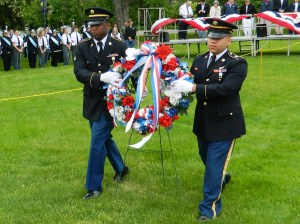 Connecticut has lost 64 members of the military in the two wars. Now he said, between 5,000 to 7,000 soldiers will be returning. As a way of remembering what all veterans have given to America, Alexander urged the nation to help this generation’s returning veterans readjust and to assist them in finding jobs and with other needs such as health care. 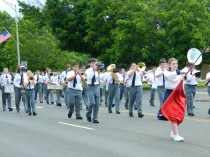 “Help them with their transition,” Alexander urged. 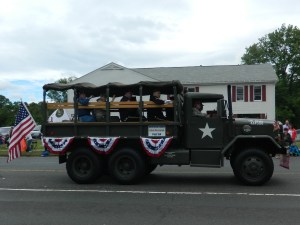 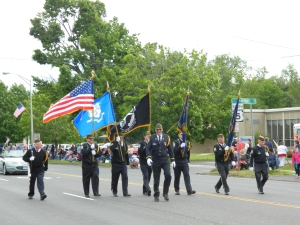